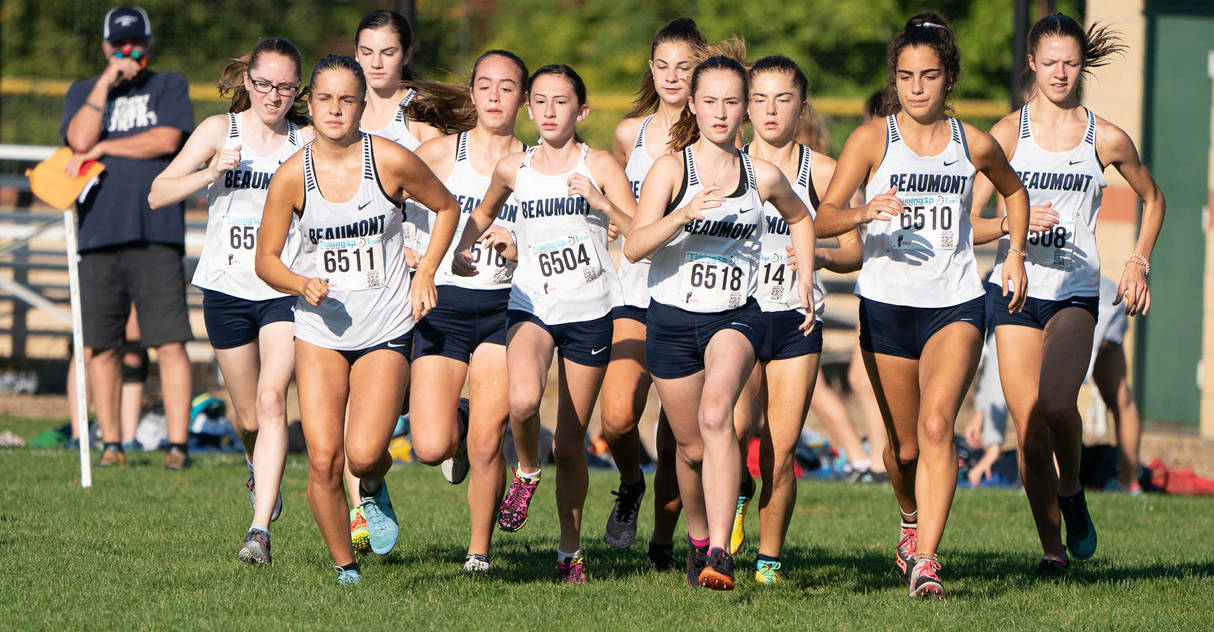 Beaumont’s cross country program has a storied legacy and continues to uphold its tradition of excellence in the sport. Beaumont proudly boasts 19 All-Ohio athletes, eight district championships, 10 regional championships, and has made 20 trips to the state tournament as a team – seven of those resulting in championships.

The most recent trip to the state tournament came in 2019 when the Division II Youngstown Regional champions took seventh place as a team.

Katy Radkewich '97 still holds the all-time state record regardless of Division in the 5,000 meter race with a time of 16:59.8. She only lost one race in her high school career (as a freshman in the 1993 state championships by four one-hundredths of a second) before going on to run collegiately at the University of Michigan.

Jim Emery has dedicated 31 years to Beaumont’s cross country and track and field programs. He has coached 40 All-Americans and was inducted into the Ohio Association of Track and Cross Country Coaches Hall of Fame in 1997 and the Beaumont School Athletic Hall of Fame in 2019. Beaumont has won 18 of its 23 track and cross country state titles under Emery.
Visit Beaumont Blue Streaks Site