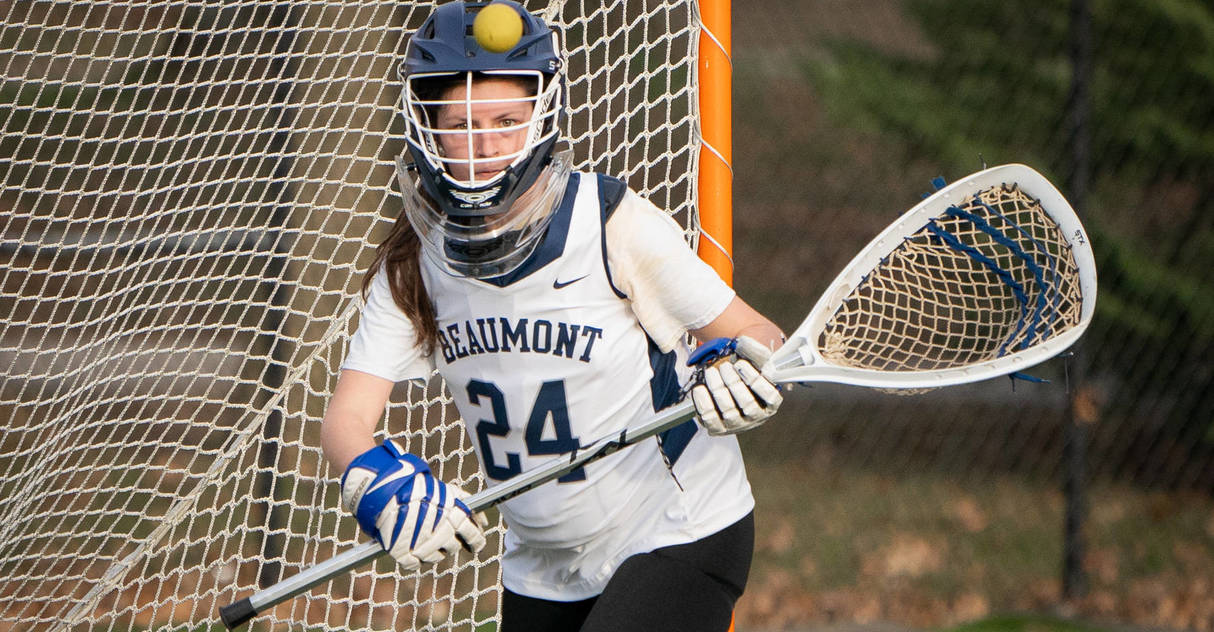 Lacrosse is one of the fastest growing sports across youth, high school, and collegiate levels in the United States. Its rapid rise in popularity has led to lacrosse becoming the newest sport sponsored by the Ohio High School Athletic Association as an “emerging” sport during the 2016-17 school. The OHSAA held its first state tournament for lacrosse in 2017.

Rhiannon Hunter ’21 is moving on to play at Baldwin Wallace University starting with the 2021-22 season, joining 13 classmates who made college commitments.

Brien Shanahan is entering his 10th season as the head coach of the lacrosse program. Shanahan’s enthusiasm for the sport is a large draw for the students at Beaumont. Shanahan has coached over 15 US lacrosse All-Americans.
Visit Beaumont Blue Streaks Site