Beaumont School dates back to 1850, making it the oldest school in the Cleveland Diocese and the oldest all-girls secondary school in greater Cleveland. 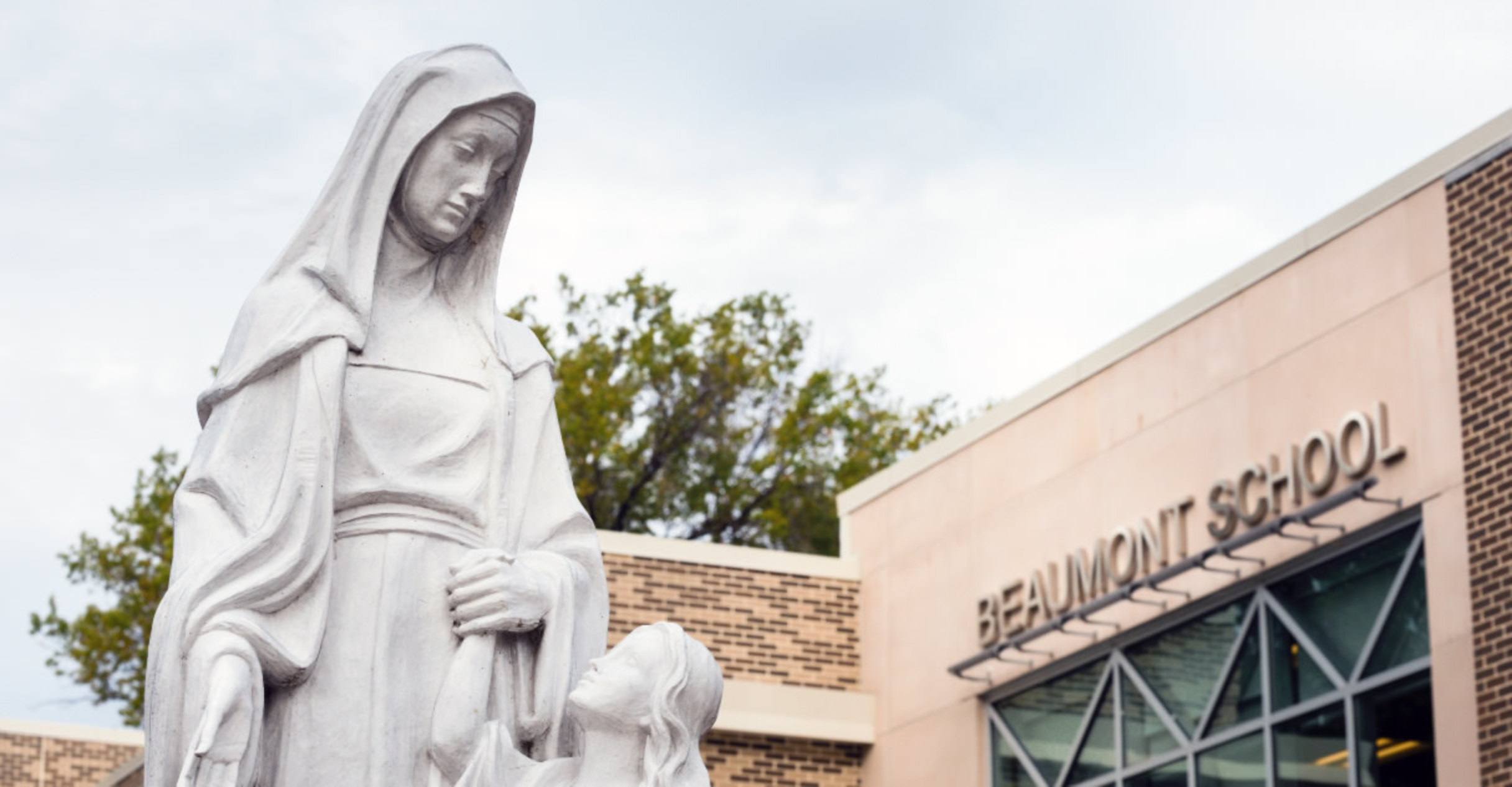 On September 9, 1850, four Ursuline Nuns and a lay woman emigrated from France at the invitation of Cleveland Bishop Louis Amadeus Rappe. A mere few weeks after arriving in America, the women opened the doors of their school at 50 Euclid Avenue to welcome 300 eager girls. Four years later November 28, 1854, the State of Ohio granted a charter authorizing the congregation, as the Ursuline Academy of Cleveland, to function as an association for the education of young women.

With increased commercialization of Euclid Avenue, Ursuline Academy moved to a second location, an English-Gothic structure at East 55th Street and Scovill Avenue in Cleveland. The Academy thrived from 1893 until 1941. By mid-century, the Sisters were facing a growing need for more space, as well as a request from the Federal Government need for the property in the run up to World War II. The Ursuline Sisters sold the structure and land and began a search for another location.

On February 21, 1942, Maude Painter, wife of the deceased financier, Kenyon V. Painter, agreed to sell her Cleveland Heights mansion and property to the Ursuline Sisters for use as an educational facility. The 27-acre property, bounded by North Park, Fairmount Boulevard and Lee Road included a 65-room mansion, a six-car garage, trophy room, aviary, and staff living quarters.

The school was renamed Beaumont School for Girls in tribute to the Ursulines' first Cleveland Superior, Mother Mary of the Annunciation Beaumont, and opened in September 1942. One hundred students attended classes in the mansion, which also served as living quarters for the nuns. Additional space for the sophomores was created in 1943 with the renovation of the Painter aviary.


In January 2003, the Board of Directors of Beaumont School approved the construction of a new $5 million Spiritual Life Center destined to be the hub of student spiritual, academic and social activities and the first major addition to the campus since 1964. The new Spiritual Life Center opened on April 22, 2004.

As the growth in STEM education expanded, Beaumont Board of Directors approved construction of a $9.5 million STEM addition with eight science labs/classrooms, Pre-Engineering Lab/Maker Space, student commons and administrative offices. The building opened in January 2015.

In August 2017, Beaumont School became the only all-girls school to offer the rigorous International Baccalaureate Diploma Programme. In 2018 the Board of Directors completed Beaumont and Beyond: Preparing Global Leaders 2019-2024.

Beaumont School is a member of the Ursuline Education Network and the National Coalition of Girls Schools.