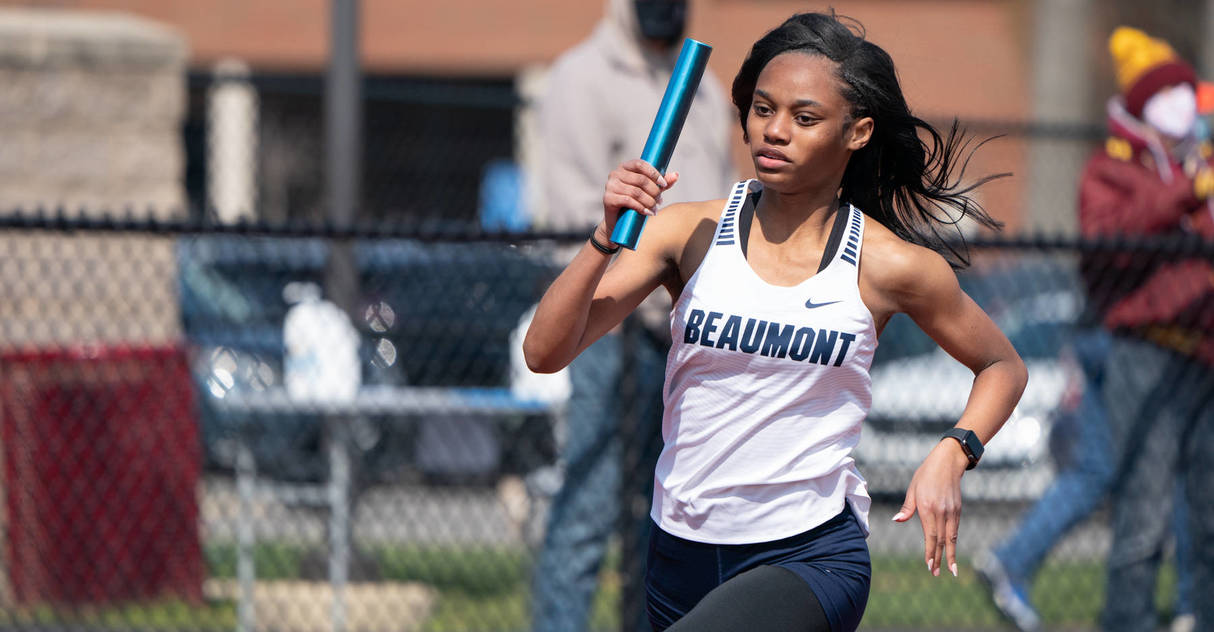 Three years after high school girls’ track and field made its debut in the state of Ohio in 1975, Sr. Rosemary Hoge started the winter and spring track and field programs at Beaumont, with both competition seasons still active today.

Winning its first state title in the sport and in school history in 1986, Beaumont track and field has won a total of 16 team titles and has produced 17 individual state champions and 34 state champion relays. A multitude of Blue Streaks have continued their track and field careers at NCAA programs after earning All-Ohio recognition.

Joining the list of champions at the 2021 OHSAA Division II Championships were Candace Johnson ’23, Reese Brady ’22, Mariya Washington ’23 and Patricia O’Neill ’22 who won the state title in the 4x400 relay. The win was determined by a photo finish, and was Beaumont’s ninth 4x400 relay victory, adding to the already record number of wins held in the event for Ohio girls track and field.

Beaumont scored in three other events at the 2021 state meet with school record holder Maddy Treharne ‘22 placing sixth in the pole vault, the 4×200 relay team comprised of the same four runners from the 4×400 relay placing seventh and O’Neill placing sixth individually in the 400 meter dash.