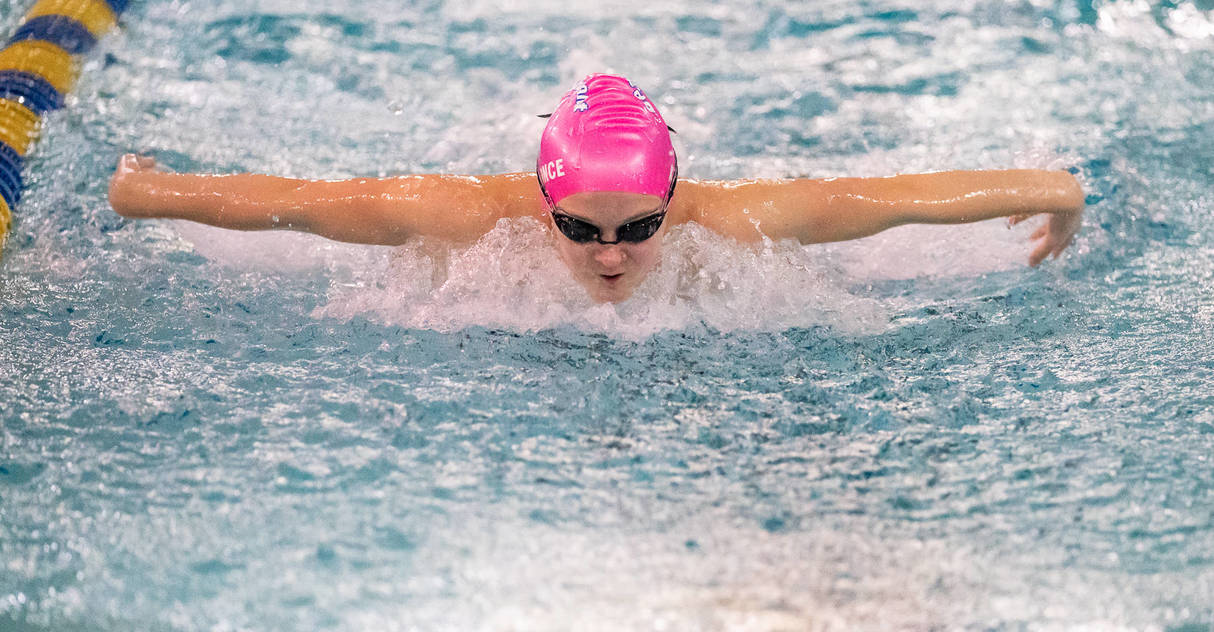 Beaumont swimming has seen recent success in the 200-yard freestyle relay. In February of 2021, the quartet of Ella Lisac ’21, Reese Brady ’22, Camryn Koonce ’22 and Mateja Rudmann ’22 finished third at the Division II District Meet with a time of 1:40.68, shattering the school record of 1:43.23 set the preceding season by Lisac, Ellie Hanna ’22, Koonce, and Rudmann.

Beaumont’s 200-free relay team made back-to-back trips to the state tournament the past two seasons. At the 2021 state meet, Lisac, Brady, Koonce and Rudmann finished in a time of 1:42.43; the second fastest time in team history.

Margaret Eppright Casey ’07 was a four-time state qualifier while in high school and went on to swim in college at the University of Missouri and later for Miami University. She still holds the school record in the 50-yard freestyle and 100-yard freestyle. Casey also served as the assistant coach for Beaumont’s swimming and diving team for four seasons.

Coach Younkin won a state title while a high school athlete in the state of Colorado. She was a big part of a Poudre High School’s lone girls swimming state championship team in 1992-93 as she won the state title in the 100 yard butterfly event. After graduation, she went on to swim collegiately at the University of North Dakota. Younkin won the Division II 100 yard butterfly in 1997 and the following year was a member of the national champion 200 yard medley relay team. The 16-time All-American was one of just four Fighting Sioux swimmers in program history to earn the Grace Rhonemus Award, handed out annually to UND’s top female student-athlete.
Visit Beaumont Blue Streaks Site