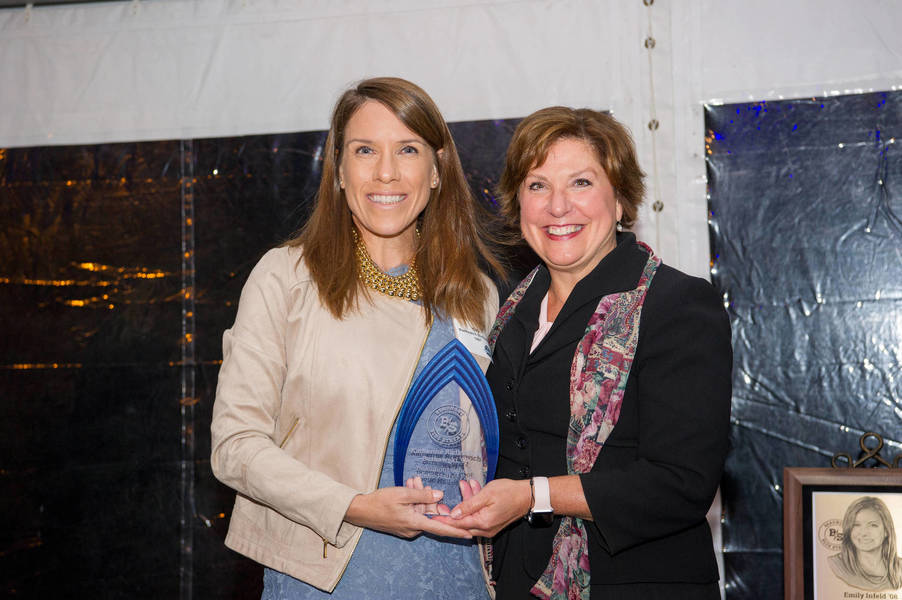 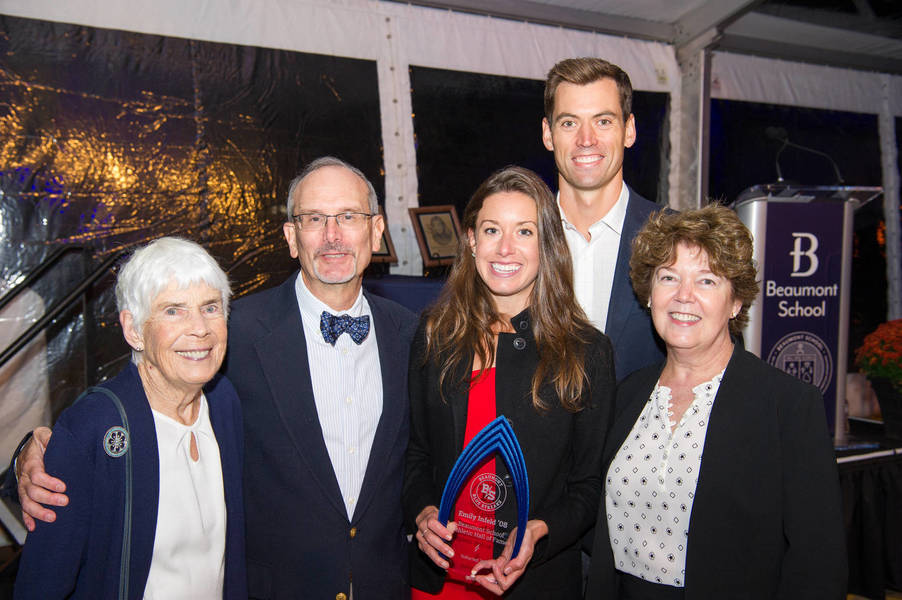 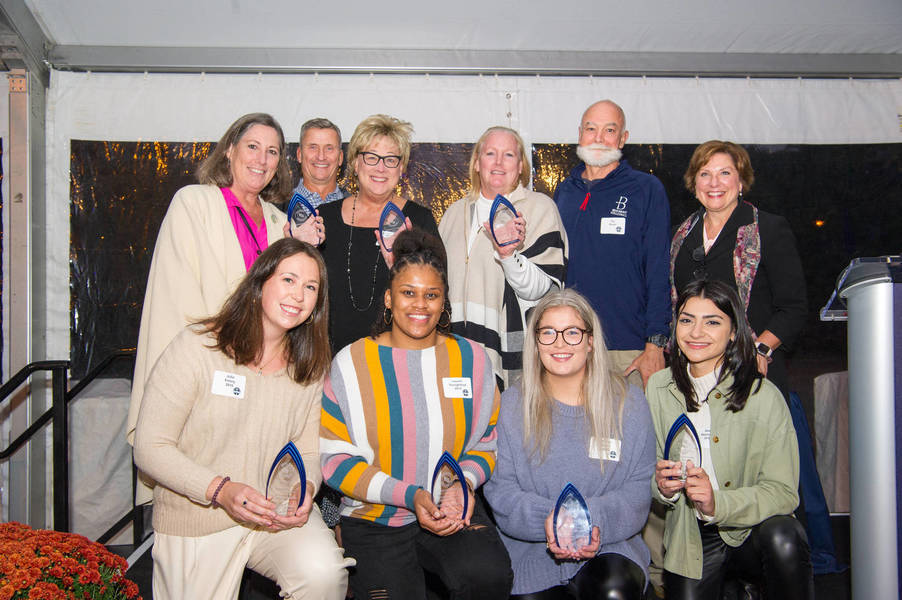 On a brisk fall evening in September, Beaumont School honored its 2022 Hall of Fame award winners, chosen because they left an indelible mark on the history of the school, the students, and the faculty and staff with whom they have shared these halls. President Wendy A. Hoke led our ceremony and welcomed back to campus our recipients and their families and friends to celebrate this special night.

Meg received the Distinguished Alumna Award for her dedication to service and leadership. Meg is the Vice President of Research and Development at Pfizer in Boston, MA. She was pivotal in developing and manufacturing the Pfizer COVID-19 vaccine; Meg and her team were tasked with creating a vaccine that could be made available around the world. In the early part of development, Meg’s team focused on enabling RNA and vaccine manufacturing that could be replicated in mass quantity, and ultimately, more than 3 billion doses of vaccine have been manufactured and delivered to more than 170 countries worldwide. Meg is passionate about being a woman in the male-dominated STEM industry and credits much of her confidence and ability to balance being a wife, mother, and researcher from her foundation at Beaumont. Meg continues to lead teams of experts in state-of-the-art innovative research and development, and leads a team “that is fueled by connection and inclusivity – a nurturing and safe environment that encourages curiosity, and where colleagues feel cared for and supported.”

Katy competed in cross country and track and field during her four years at Beaumont. Her freshman year (1993), the team won the Division I State Title, and went on to win the Division II state title the next three years. She won individual cross country state championships in 1994, 1995 and 1996, collectively won 16 individual and team titles for Beaumont, and remains the all-time state record holder in the 5000-meter race. Katy earned her BA from University of Michigan, where she lettered six times and, in 2000, was recognized as All Big Ten. In 2017 Katy was inducted into the Ohio Association of Track and Cross Country Coaches Hall of Fame. Katy currently works as Vice President of Recruiting for Fanatics, the leading digital platform for licensed sports merchandise, trading cards, and gaming. She and her husband have an endowment fund established at the University of Florida. The Burkowski Family Scholarship for Sports and Media is awarded annually to one student with financial need and demonstrated accomplishment with internship or immersive work experience in the sports media.

The 2012 Beaumont Volleyball Team, coached by Patrick Royer, was the only team in Beaumont history to reach the Final Four for three consecutive years and to win a state championship. This talented and exceptional team was comprised of 15 young women – five seniors, six juniors, one sophomore, and three freshmen. The team went on to have six players from the 2012 roster to go on to compete in collegiate volleyball.